Press enter to begin your search

I’m just about to start out on a new enterprise. I have done this many times before and I have learned that most of the skills I have built up in my arsenal of experience are transferable, that we learn a great deal from our successes but a heck of a lot more from those things that don’t go as well as we planned.

From my role in the corporate world, to running a small family business and then founding and heading up a social enterprise, I have learned that as things change, the people skills and the management principles you’ll need are often the same and simply need to be re-interpreted, re-articulated and re-applied to life’s new circumstances. I guess that is a lesson that lots of us learn early on, particularly those of us who are passionate about the innovation and excitement of start-ups.

But, I have to confess that in the early days of a start-up I am also a little nervous, I might even say scared. Being on the brink of something new is pregnant with possibilities but it is also laden with risk and the possibility of the big F word is very real. In America people handle the F word well, but in Britain the fear or experience of failure cripples many people.

As Thoreau once put it “Most men lead lives of quiet desperation and go to the grave with the song still in them.” Well, as my Gran would have said, “Bugger that for a game of soldiers”. In every new and brave opportunity I have always reminded those who I have worked with that the fear of failure is no excuse for inaction.

Why you shouldn’t let anxiety prevent you from trying 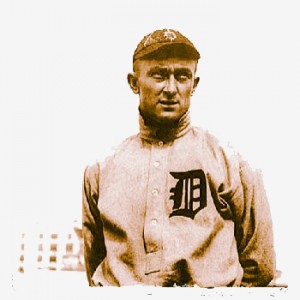 When I am particularly scared I always think of the great American baseball player, Ty Cobb. Not quite as famous as Babe Ruth and certainly no saint but someone whose record is undoubtedly enviable. Cobb was one of the greats of the American Baseball hall of fame, “The greatest slugger of  them all”. He held nearly every record in the book, but, if you happen to look at page 930 of The New York Times Almanac for the year 1970 you’ll find that his lifetime batting average was just .367. For the uneducated in the game that means that he hit the ball once in every three balls bowled to him.

Based on his statistics he was an abject failure. Statistically he failed a lot more often than he succeeded. But here was his secret – he didn’t stop trying. When he had missed a few he didn’t think “Well that’s it, time to give up”, no, he kept on trying. That wasn’t just in his early career but throughout, he failed more often than he succeeded but he kept stepping out to bat.

I am trusting that my skills will be transferable to my new role, that I will not lose heart, that this time I will succeed. But one thing is sure, whatever happens next, I am going to keep going out to bat.

I think the abject failure, who was one of the greatest names in the American Hall of Fame, should hold a lesson for us all, and each day we should be brave enough to step up to the plate, take risks and press forward.

This website uses cookies to improve your experience while you navigate through the website. Out of these, the cookies that are categorized as necessary are stored on your browser as they are essential for the working of basic functionalities of the website. We also use third-party cookies that help us analyze and understand how you use this website. These cookies will be stored in your browser only with your consent. You also have the option to opt-out of these cookies. But opting out of some of these cookies may affect your browsing experience.
Necessary Always Enabled
Necessary cookies are absolutely essential for the website to function properly. This category only includes cookies that ensures basic functionalities and security features of the website. These cookies do not store any personal information.
Non-necessary
Any cookies that may not be particularly necessary for the website to function and is used specifically to collect user personal data via analytics, ads, other embedded contents are termed as non-necessary cookies. It is mandatory to procure user consent prior to running these cookies on your website.
SAVE & ACCEPT